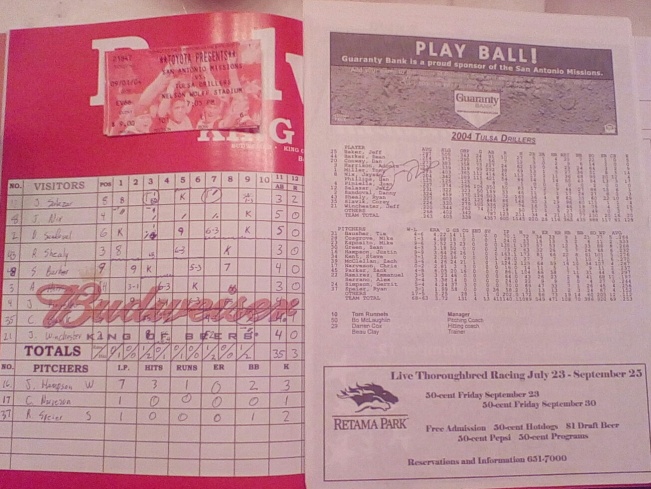 Yes he signed my program! He is one of the nicest players I've ever met

So it’s been 10 yrs since, I have seen a very young Jayson Nix. I saw him play in one game and I became his fan.  I saw talent that day. I have the program and the scorecard, he went four for five that day with his first hit a double. I saw impressive field work. He was in short amazing.

It wasn’t easy to follow his career in the beginning but thanks to modern technology or the MLB app to be more specific, I’m now able to follow Jayson wherever he goes. Thanks to the ESPN app I got the news that Jayson was placed on the World Series roster. I just started screaming and jumping up and down. I screamed again when he came into the game. I held my breath as he came up to bat. I then said the same words to him then as I said 10 years ago. ” COME ON JAYSON, make something happen”

Jayson is now at Spring Training with the O’s trying for a spot on the roster. I’m still cheering and still believing in his talent.
“COME ON JAYSON! MAKE SOMETHING HAPPEN!”