I have a new favorite sportswriter, and her name is Meg Rowley. She debuted on Baseball Prospectus. Can I just say, if this is the debut, ya’ll better watch out for this one.

You need to read her whole article. It’s just that good. It inspired me to write about women’s place in baseball. Miss Baseball is a feminist. What is my definition of a feminist? Well, I believe that if you are 5 foot 8 and can hit a breaking ball and have a glove on you, you should have the opportunity to play in Major League Baseball. I believe that if you can type words and use stats to compose intelligent thoughts, major sports networks should give you an opportunity to bring your words to the masses. This might not be the definition to some, but it is to me. I don’t want a handout, I just want a chance.

I want to take a moment and talk to women in college or heading to college. Women need to go into math and business. Major in stats, and economics, finance. Right now, the front office of baseball is changing, and metrics are not going to be a new fad, but a cornerstone of how players are drafted and played. Women can be a part of this. Take the classes that help you understand the metrics of baseball. In Meg’s article, she writes, “Baseball should make entry-level positions a feasible financial possibility for a more diverse applicant pool, by requiring teams to create fellowship positions that pay a living wage and are designed to recruit and cultivate women and people of color.”

I agree with this, but women need to go to college and major in the things that Major League Baseball is looking for. It’s not marketing or community relations. It’s math, stats, finance and economics.

Meg talks about the boys club of baseball’s front office, and it exists today not because women aren’t allowed but because women don’t have the skill set that Major League Baseball is looking for. Let’s change that, ladies, and become what we need to become to make it into the boys club.

I’ve worked in two boys clubs, one an IT department, and I earned respect from my peers by being a hard worker and a fast and thorough learner. When I worked for the Texas Rangers, I worked very hard, worked long hours, came in early and stayed late. I would hand out promotions and take tickets, help people find seats, go back and forth in the tunnel for various projects. I also learned all the players’ names, and I got my nickname, Miss Baseball, because I knew how to say Justin Duchscherer.

Women are hard workers and smart. It’s time to show the front office that there is a place for women in baseball.

My heart is breaking, as much as I love baseball and America.  For reasons, I can not explain, there is something about Paris, that I am drawn to. It has been a lifelong dream to visit and to live there. I once met a French family at a shop where I was working, and I asked “if I ever get to France where should I go?”  I will never forget what she said.

” You must go to Paris, i know it sounds cliche, but television and movies do it no justice. It is the most beautiful city in the world. There is magic in the streets and that magic becomes apart of you as your walk the streets”

I know today you will see horrible images of this beautiful city. I think about the French women’s words and I thought I would share a positive article of Paris and France and Baseball. Parlez-vous Baseball was published last year. Nothing will make me stop dreaming my dream.

I have a confession. As much as I love America’s pastime, I also love everything French. I guess you could call me a Francophile.  In 1999, when a new pitcher named Jeff Zimmerman came to the Rangers, I was excited as always. When I heard that he had played baseball in France, I stopped dead in my tracks. I could live in France and have baseball! Cue me at the airport with a glove in one hand and a beret on my head. OK, back to reality, Miss Baseball. I have often thought of traveling to France, and I am telling you, when this blog takes off, I will do a whole month worth of blogs about the French leagues. Until then, I can only hope to write about the history and some very exciting current events going on in France.

Let’s start with a history lesson. The French national team began playing in the 1920s and started competing in 1955 finishing, dead last at 5th place. In 1994, the French team made it to the World Cup, (They have one for baseball, who knew?) where they lost to South Africa and ranked last again, in 16th place. They have made it two other times, and not one win.

When it comes to the European Baseball Championship, France was in 21 games and made it to 3rd place in 1999, and in 2012 finished 8th but lost to South Africa again. 

Now to the present. The French national team has named Eric Gagne new head coach to prep for the 2014 European Championships, where they finished 6th this year.  With that finish, they are now able to be in the World Baseball Classic in 2017 (a huge tournament that only comes every 4 years). So that is all about Team France.

Now let’s talk about the Division Elite, the French pro league. It is made up of 8 teams that play 28 games on the weekends.  A quick French lesson: We would say in America the Kansas City Royals or the Texas Rangers. In France, they would say Royals de Kansas City or Rangers de Texas. So when I show you the teams’ names, I am using the French language. So the teams are Cougars de Montigny, Barracudas de Montpellier (where Jeff Zimmerman played), Paris Universite Club, Pantheres de Pessac, Rouen Baseball 76, Lions de Savigny-sur-Orge, Templiers de Senart and Tigers de Toulouse.

Well, there’s not much, is there? Well, this is a little league, and honestly, they need some fandom from Miss Baseball! If you have the chance to go France, take me with you! (Looking around, who said that?)

Check out the Division Elite. Until then, ’cause it’s Un, Duex, Trois strikes you’re out at the old French ballgame.

In case you have been living under a rock, here is Jonny Gomes speech. You don’t really need a lot to win, all you need is a good team. I love Jonny attitude, I love the fire he has. I could see how in the clubhouse how he would pump up his team. Congrats again Royals!! 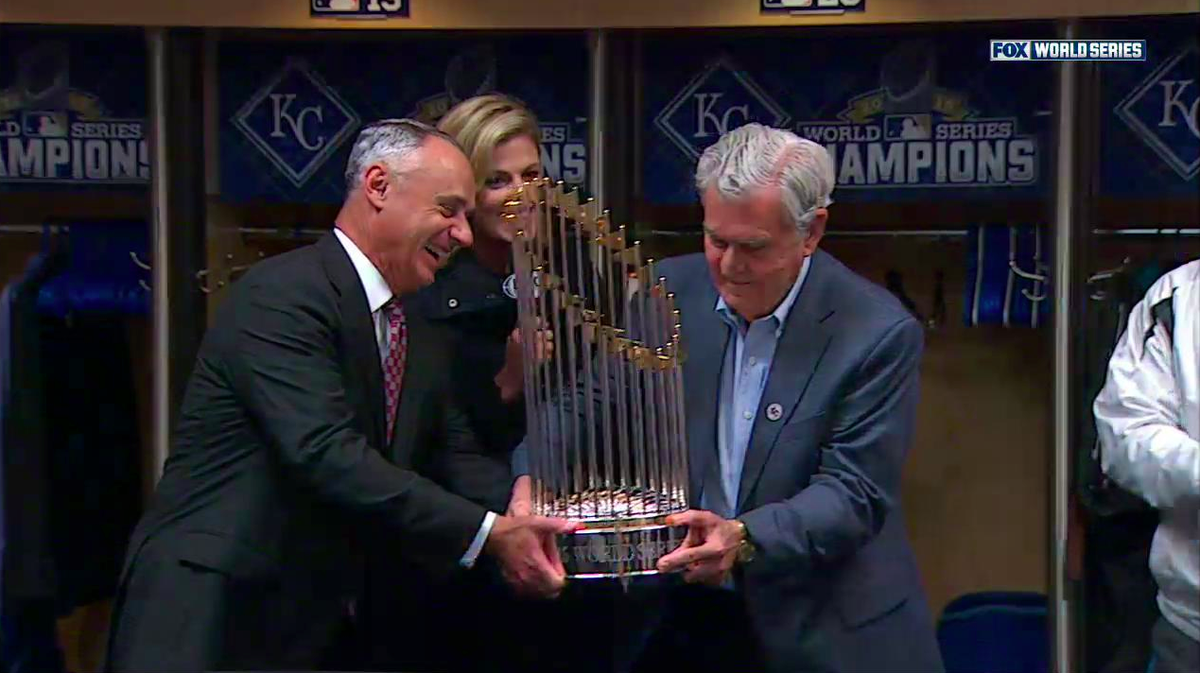