Cole Hamels is on his way to Texas.  I have been reading and watching all the information I could get about the Hamels trade deal.

Here's the reported deal between the @Rangers & @Phillies for Cole Hamels. We're talking about it now on #MLBTonight! pic.twitter.com/bgIPLFWrNE

For those of you who do not know, “cash considerations” is a nice way to say money, and in this case, about $9 million.

I have concerns, and quite frankly, I think Hamels would be better suited with the Dodgers.

My top concerns about the Hamels trade:

According to baseball prospectus, his fantasy rating gets a ding with the ballpark factor. The Rangers ballpark has a history of eating pitchers alive. (Remember Chan Ho Park?) He also gets a ding for coming over to the power-hungry A.L.

He comes from a weak division, the NL East. It has the Nationals, with a PCT of .535, and the fourth-place team (Hamels’ Phillies are last) is the Marlins, at .416. Now Hamels is coming to a strong division in the AL West. The Astros just came out on top after last night’s win against the Angels and have a PCT of .559. And the last-place A’s, who lost last night to the Dodgers, have a PCT of .441.

Him being healthy scares me. He has had no injuries. I am a longtime Rangers fan, and we have not been very lucky with the health of our pitchers. Is Hamels a ticking time bomb?

I feel like we gave up too much for Hamels, especially Jake Thompson and Nick Williams. While you never know with a prospect if they are going to be any good, I got to watch these guys play and I see something really good in both of them. I am making a call on Thompson. We are going to be sorry in a few years. Williams could be a bat for someone, and I think we are going to get hurt on this trade.

I talked before about lopsided trades, I just hope this is going to be another one. 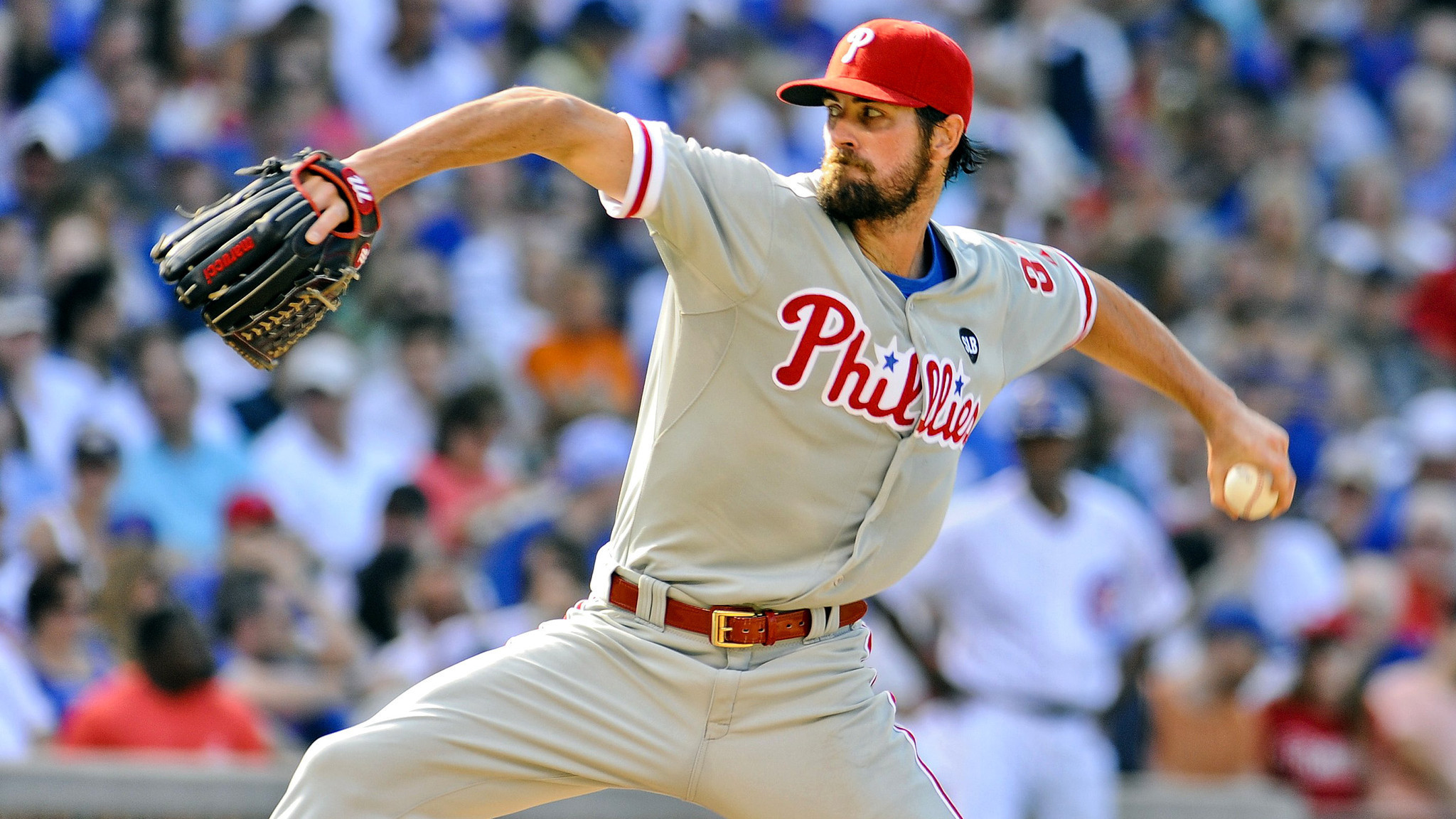 July 31 is the trade deadline and rumors are running rapid. Miss Baseball had to answer some Texas Ranger fans’ queries about whether Cole Hamels was really in talks with the team. The story popped up and then faded away. This showed me there was no real talk about it.

Then there was this article from Fox: Cole Hamels open to all trades.  To quote Hamels:

“I have not been approached,” Hamels said about accepting a potential trade, via CSN Philly. “When I’m approached, then I can make a decision and provide an answer about a team. But I’m open-minded on everybody and everything.”

Reports were that he turned down trades to the Toronto Blue Jays and the Houston Astros. Rumors were that he had waived his no-trade clause for the New York Yankees and the Rangers, but according to Hamels, that was just scuttlebutt.

What can Cole Hamels bring to a new team?

The Yankees and Blue Jays could sure use his help. He could also solidify a surprisingly good Astros team.

We will have to wait to see if the Rangers throw their hat into the ring, so to say, but Miss Baseball has been very impressed with the Rangers thus far, and some of our regular pitchers are coming back from injury. So I don’t see a Ranger need for a pitcher. Sorry, no Cole Hamels, as of right now.