Today, I was on Twitter when the Giants did a parody of the Full House opening credits. It is too funny.

//platform.twitter.com/widgets.jsIs it the funniest? Well I still think this Dodger Minion parody is funnier but you decide. Leave you thoughts in the comment section here or follow me on Twitter @hollieham0 or on Facebook

Should of been a producer great camara man lol 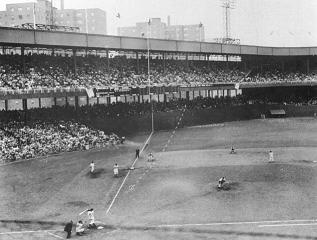 Well, Its time to Vote for the All Star Game, I am very happy its all online now. This site: http://mlb.mlb.com/mlb/events/all_star/y2015/ballot.jsp

is very user friendly and easy. Here are my choices what are yours?

Oh lets have some fun today. I love baseball, I love everything about the game, and I love the long rich history of the game. So MLB has a ballot online at :http://mlb.mlb.com/mlb/events/all_star/y2015/ .jsp

Well I thought I would give you my picks for each team. Now i have to say this was hard. My love of the game and some personal morals and knowledge of the game really made some of these choices hard. In some cases I would cry out to the baseball gods and ask how am I supposed to choose. (toughest teams were Yankees and Red and Cardinals)

So being a life long Texas girl lets start there

Texas Rangers: When I think of Ranger baseball who comes to mind. Now I don’t know if the team made the list or if MLB made the list but my first three choices were no brainers.

Micheal Young, Ivan Rodriguez, Nolan Ryan and my write in because I don’t know how you can talk about Ranger baseball and not mention him. RUSTY GREER!

Astros: I really thought about who do you think about when you think about the Astros, Nolan Ryan is a given. Then you have to pick the killer Bees. Bagwell, Berkman and HOF Biggio

Blue Jays: Jose Bautista,Joe Carter,Carlos Delgado, and because I can write in my favorite Blue Jay Frank Catalanotto

Giants: Christy Mathewson,Willie Mays,Buster Posey, and I don’t know how you can talk about the Giants and not mention Will Clark so he is my last write in vote.

Ok so that’s the list, Who would you pick?

For today’s fun fact Friday, I thought I would look up the winners of Spring Training and see how it compared to who went to the World Series. I went back from 2006 and only one team was the leader in Spring Training and then went to and in their case went on to win the World Series. The San Francisco Giants in 2010 did both. Looking at all the records, I have to say Spring Training is not a glimpse of how your team is going to do. So enjoy your team getting back into the swing of things but the real season starts in April.

I really am Miss Baseball. Of all the universities I could attend, I am a proud alumni, of the University of Texas at Arlington a true baseball university. Located minutes away from Globe Life ( I still call it “the ballpark”). I will always have a soft spot for Hunter Pence, he got there two years after I graduated. I had the fortune to watch him rise up in the Texas League. (Double A) and was very proud to see him make it. Now our university is honoring him by placing him in their Hall of Fame. Congratulations Hunter!
To find out more read about it here: http://www.utamavs.com/sports/m-basebl/spec-rel/012015aab.html