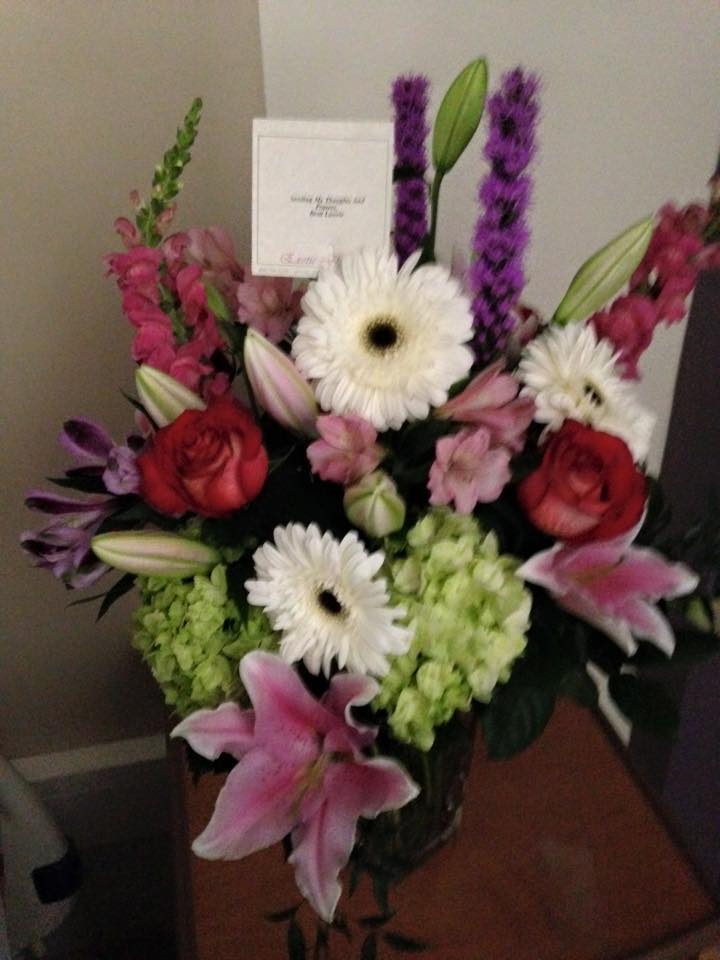 I am not going to show the gruesome pictures. You have seen them, and you don’t need me to show you.  My thoughts and prayers go out to Tonya Carpenter, and I wish her a speedy recovery. Her injury brings up the question of more protection for the fans. Lawrie used a maple bat, which is stronger and breaks less than, say, an ash bat. But when it breaks, well, we all see what happens when it breaks. I personally would like to see the maple bats go.  MLB is talking about stadium improvements, with more nets from home plate to at least to the dugout.  Owners have rejected this twice, in  2007 and 2012 during labor agreements. The players want more netting. The owners don’t want to obstruct the view.

You mean this view:

Yes, that’s me, on the first row. No nets right by the on-deck circle.  No, Joey Gallo didn’t hit me with his bat, but he came pretty damn close.  I did not eat during the game; I would take a drink between pitches. I watched every ball leave the bat. You see that black thing in the bottom of the picture? That’s my glove, which I would put on. I’d be as poised as an infielder to get a hot grounder that came my way.

I even joked with my fellow ticket holders. “I am going to eat now (an hour before the game) because I know if I try to eat during the game, right when I am eating a hot dog, that’s when a ball will come right to my face, and that’s what will be on Sportscenter.”

No one besides me had a glove. There was the person to my left who was grateful I had a glove and told his buddies.

“She’s going to protect me.”

This is not the first time I have protected my fellow fans. I always bring my glove, and I always pay attention. My dad taught us that while we were growing up. While it was nice to watch the game, there was an element of being on guard that exhausted me, and when the game was over, I wanted to go home and relax.

I am a fan, and I paid good money to sit up close. I want the nets! While I am here asking the MLB fairies for things, I also want maple bats to go away. And players to come up and down the baseline and interact with the fans.

Let me be clear on Tonya Carpenter. I do not blame her. If there is any blame, it is on MLB, which does not make it clear how dangerous it is to sit close at a game. I think there needs to be rules like no babies and no small children. I almost want to say that everyone should bring a glove. but that’s not a foolproof plan. A glove is a safety device only if you know how to use it.

Let me say it again in crystal-clear terms : To the MLB owners: I WANT THE NETS!!!!!

For more information on this check out: http://www.foxsports.com/mlb/story/boston-red-sox-fenway-park-mlb-broken-bat-injured-fan-safety-netting-060715